The garden of the massive Baroque Ostrau Palace are filled with an abundance of exotic trees. Laid out around 1700 as a Baroque garden, it was transformed 60 years later into a landscaped park. Memorials and graves in the park stand of reminders to the von Veltheim family who once owned the estate and were responsible for planting the site's extensive collection of trees. This idyllic park is full of trails that pass by moats and ponds which invite visitors to explore. In the spring, the park erupts in swaths of yellow as the eranthis bloom.

History of Ostrau Palace and Park

Ostrau was first mentioned in writing in 1125. Achaz von Veltheim acquired the estate in 1585. During his time, the three-winged farm building was built, of which one wing has survived. The building now known as Ostrau Palace was built in the Baroque style by Louis Rémy de la Fosse (1659-1726) starting in 1710.

First records of the gardens near the island palace date from the mid-16th century. Expansions and transformations over the centuries resulted in a 14-hectare conservation area, which at its core is one of the early landscape gardens in Germany. Currently, 66 species and more than 3,000 trees flourish in the Ostrau Palace Gardens.

To the left of the three-arch bridge is the Old Pleasure Garden, the oldest section of the gardens with perimeter walls made of porphyry and a central pavilion. South and east of the palace areas were developed by members of the von Veltheim family around 1700 as opulent Baroque gardens including orangeries, meloneries, and greenhouses. From 1760, Friedrich August von Veltheim (1709-1775) started building a garden in the English style. The garden's present form largely dates from the early 19th century under Franz Wilhelm Werner von Veltheim (1785-1839), who planted many of the stately old trees still standing in the park. 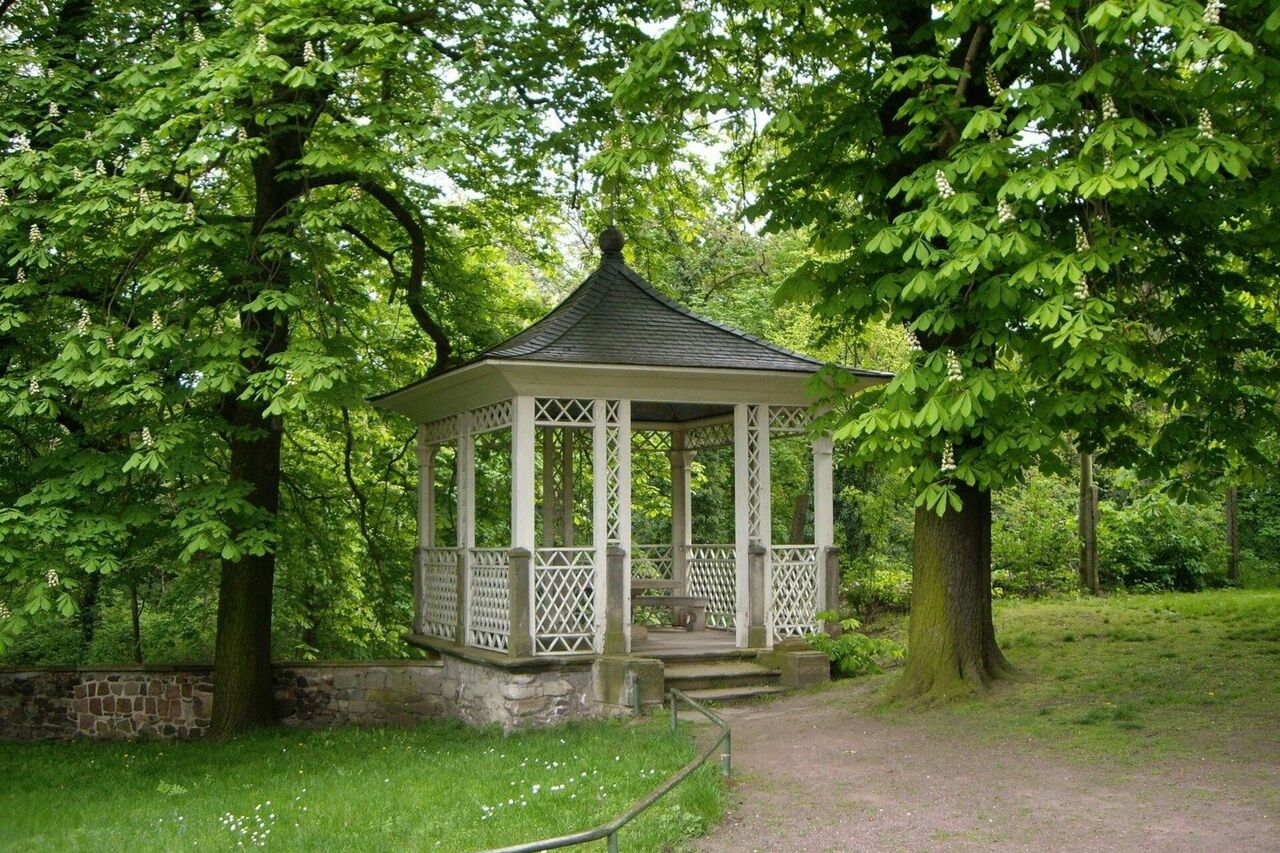 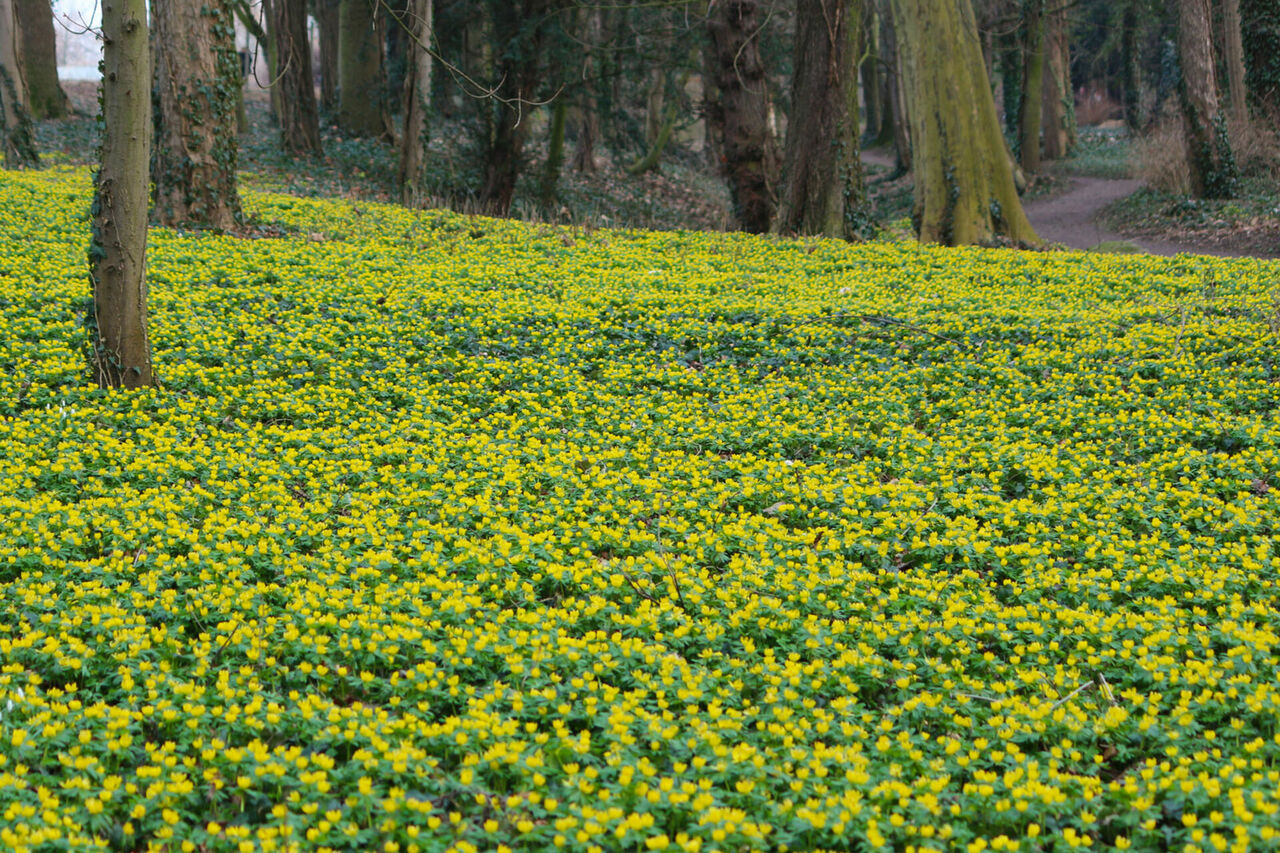 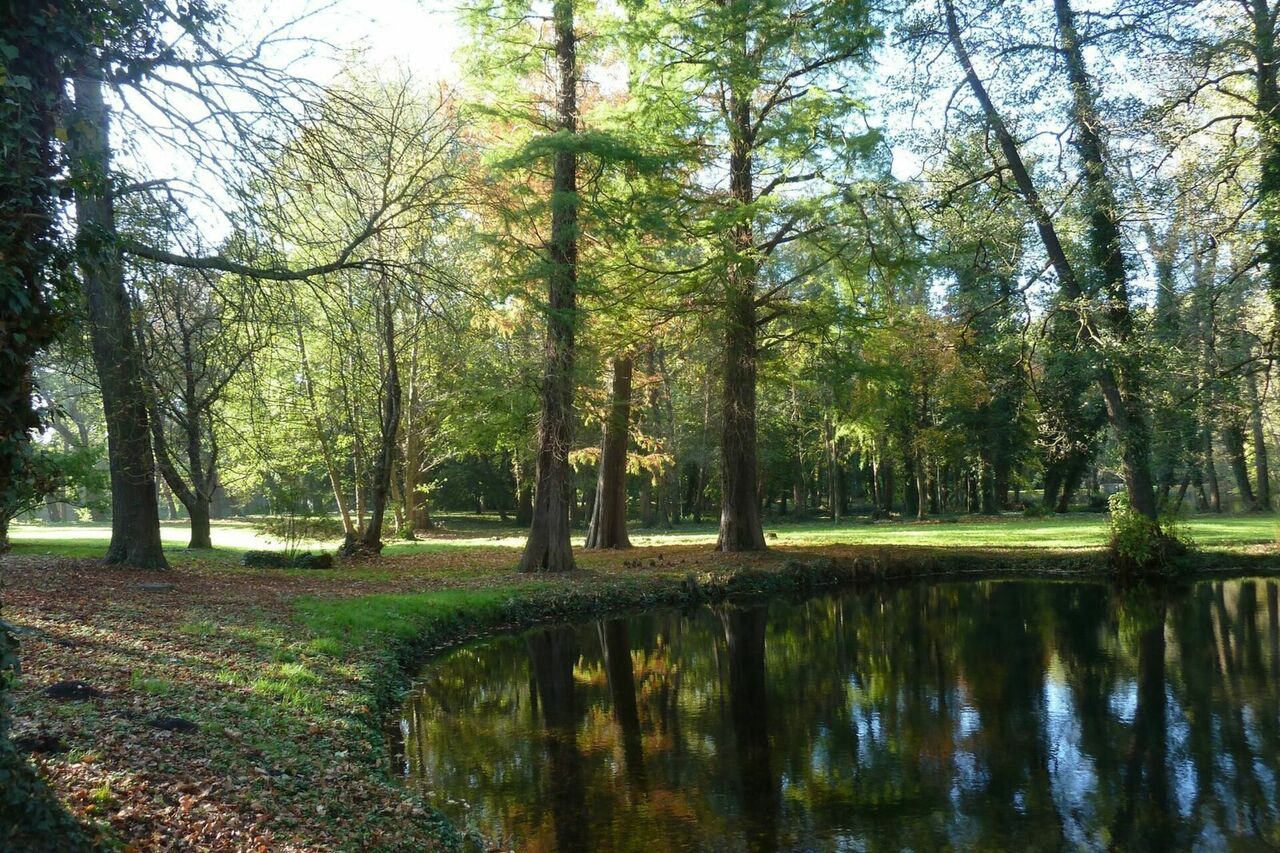 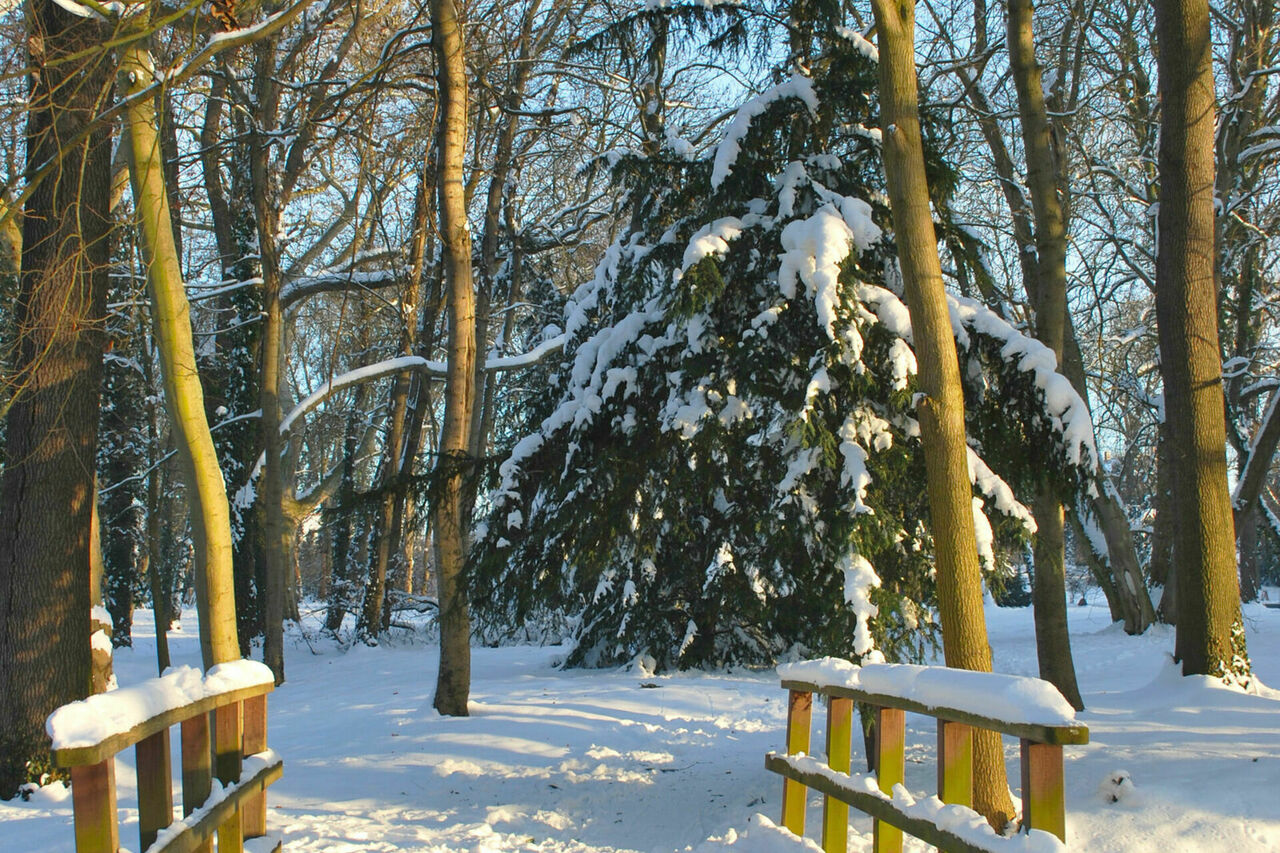 Park freely accessible year-round
Please note: Only the front part of the park can be visited due to falling branches in large parts of the facility

Arriving by bus or train
From Halle railwaystation, take bus to Ostrau from bus station

Temporary exhibitions take place on occasion in the palace.